Craig Miller and I brought THE S WORD to Lithuania through the American Film Showcase, a film diplomacy program organized by the U.S. Department of State and the University of Southern California’s School of Cinematic Arts. The trip was beyond any and all expectations I may have had going in. Lithuania is a country with a very rich history – not all good. There seems to be a sense of resilience and independence resulting from years of oppression and exile.

Talking about suicide is not easy under the best of circumstances – whatever those may be, but in a small, Baltic nation bordering on Russia, it’s a whole other thing. However, as much as we were warned about their shyness and reticence when it comes to asking questions, we found many exceptions to that rule. The mental health community, though small and under-resourced, is working very hard to bring services to everyone. Youth Line, a hotline that deals with everything from relationship issues, to school stress to bullying to suicide, was an incredible local resource and partner throughout the trip.

Although there were many impactful moments throughout the week, a few really stand out. There was a young man in Zarasai who was afraid to come out to his parents about being gay. We spoke for a while – long after the auditorium had cleared. I asked our young rep from Youth Line – who is openly gay – to speak to him about his own experience coming out. It felt so important to stay with the young man until he felt ready to process his day. And his follow-up email telling me how he couldn’t stop smiling and feeling excited for his next steps – that’s a feeling that I just can’t put into words.

Several students came up to us asking how to talk to their friends who were struggling. We talked to them about listening with no judgement and being there to support them. We said it was okay to validate their feelings about being suicidal, but to think about five other ways they could cope with their pain besides ending everything. 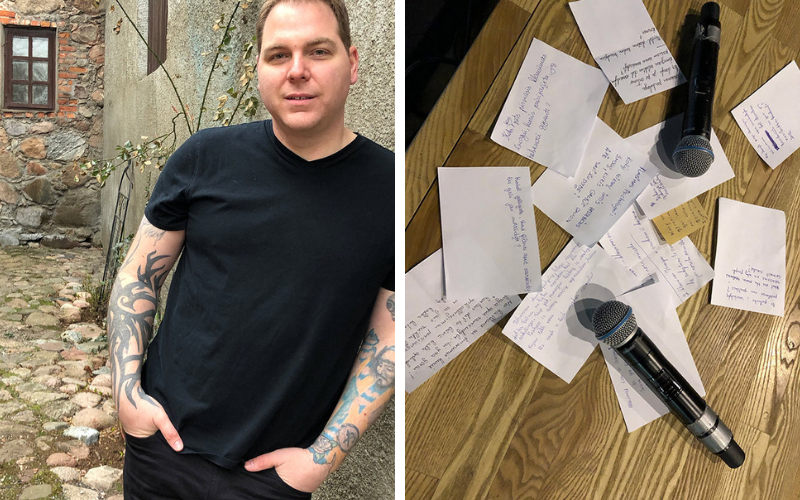 There were some specific questions about American culture as it related to the film – specifically suicide, health care and legislation and comparisons to the way things are done in Lithuania. Although we are two different cultures, many of the differences melted away as we talked about suicide. That’s where the humanity lies and as the days wore on, I really started to feel more things connecting us than dividing us. I absorbed as much about Lithuania as I could pack into the week and it appeared to be mutual from the people with whom we met and worked.

The impact of this trip will stay with me forever. I loved the country. I loved the people.  And I was blown away by the overall experience. I truly feel that our film opened several conversations about suicide and made people feel less alone.  We were actually told that.  And we felt it every day.  Having Craig there to continue to tell his story and express how he’s doing today – was priceless.

I really didn’t know a lot about Lithuania before I went – except for the facts that I googled days leading up to the trip. As I said, the country has been through a lot – genocide and exile can really build a wall around people. Or, it can give them a strength to make a difference in the world.  And that’s mainly the side I saw of the country. It’s all about the people and how they can affect our lives and hopefully we can affect theirs.

It was very important for Craig and me to be positive and honest representatives of our country and culture. I feel like a documentary film can really dig deep into the hearts and minds of people dealing with a particular struggle. I think suicide and what brings people to that edge are universal issues. We all struggle. We all feel pain. We each have different coping mechanisms. We are all human – Californians, Lithuanians – what appeared to be stark differences at first melted away within 24 hours of being in that beautiful country. 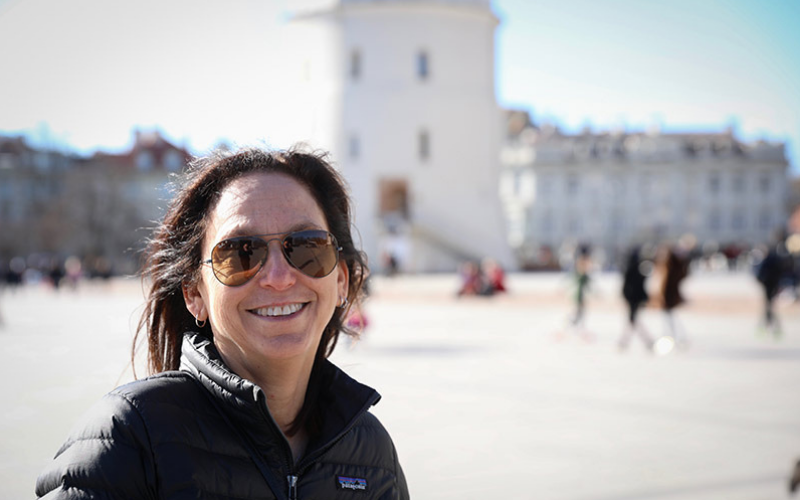 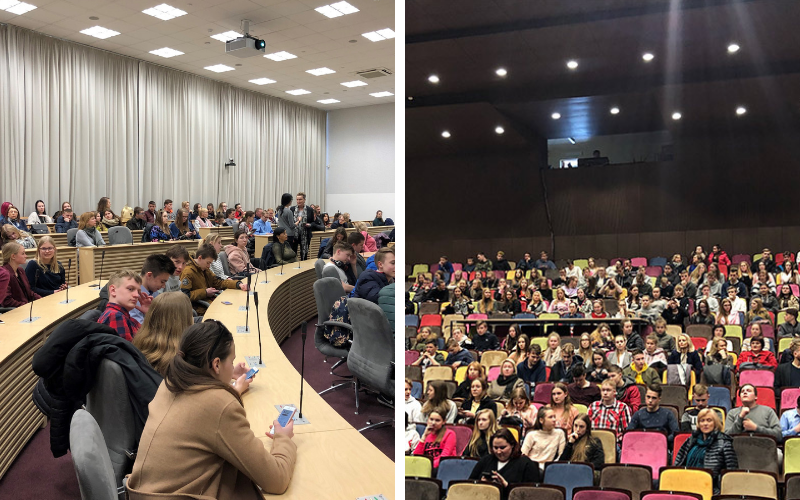 Thank you to the wonderful audiences at all six screenings 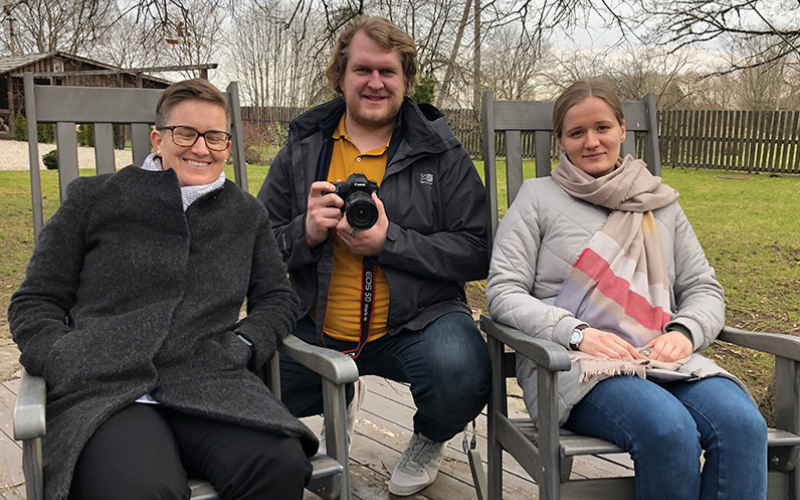 Meghan Luckett, Vytas Neviera and Greta Armonaityte from the U.S. Embassy in Lithuania 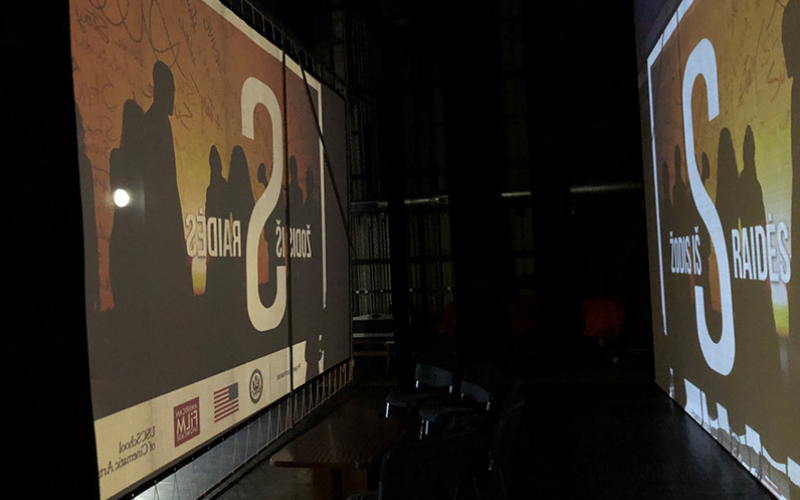 The S Word on Documentary+